ZEPP NAGOYA It is the first day.
This diary that picks up and delivers one of the tours every time .
Today's pickup theme is "Throne".
The stone throne of the huge stone that appears in the center of
the
stage is what draws attention in the stage set of this tour
. So
,
today we will include some spoiler so be careful!
At the opening, HYDE who was masked masked
appeared sitting on this throne.

Yes, the mask also glows with a black light.
Actually this throne, at the
beginning of the tour had a beautiful shape, but brush up further
to fit the world view of the decadent future city
. It was because the backrest part was cut away from the 4th day of Tokyo on
the order of HYDE .
And, "DAMNED"
HYDE sings enthusiastically with this throne.
At this time HYDE's melancholy facial expressions are
everyone's melody.
It
is HYDE without enemies as we go sitting on the throne of a huge stone (Kippari!). 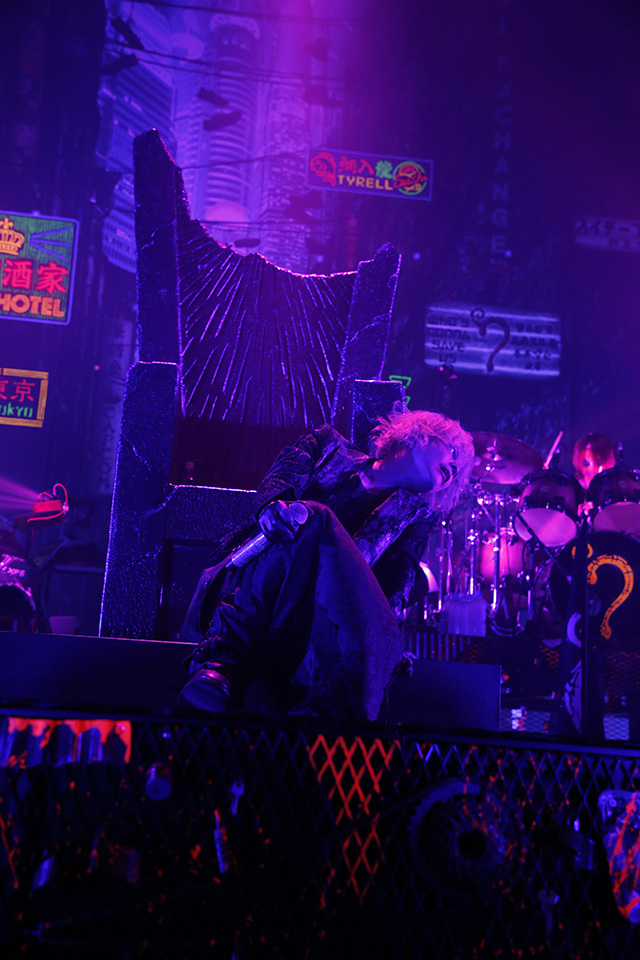 The following new song "SET IN STONE" spreads the dark world with the heavy
reflected on the black light
.

So this sexy figure as well! 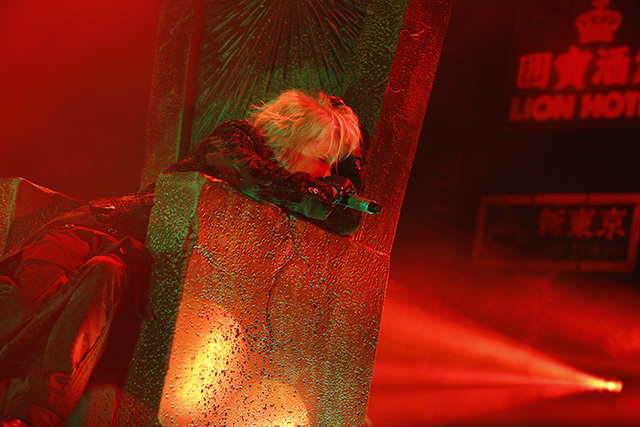 And in "MIDNIGHT CELEBRATION"
the style of standing on the throne and singing is a classic. 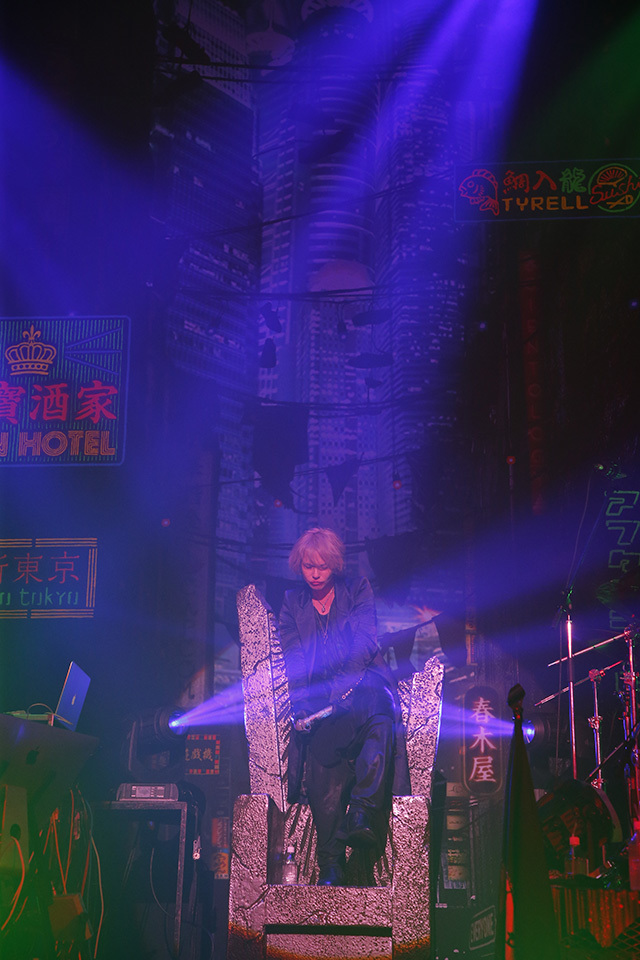 This throne which makes
the world of the darkness wrapped in a fairly tense sense of "DAMNED" and "SET IN STONE"
even more impressive was because it shows
HYDE overwhelming charisma
.
Tags: hyde live diary 2018
Subscribe