.I think it was for most of the planet 🌎

My mother fell and broke her hip in January 2017 & it was an arduous ordeal. After her surgery she was sent for rehab at the same place as my Aunt Elsie. She fell out of bed and went back to the hospital- then back to the nursing home & then during one visit she became totally unresponsive, and she required blood transfusions & then some slow improvement.. we were having to give her cannabis oil on the sly - We were so worried because she stopped talking, was requiring puréed food and thickened liquids-developed aspirational pneumonia- Her Dr wanted her released into a subacute facility but we decided home was best 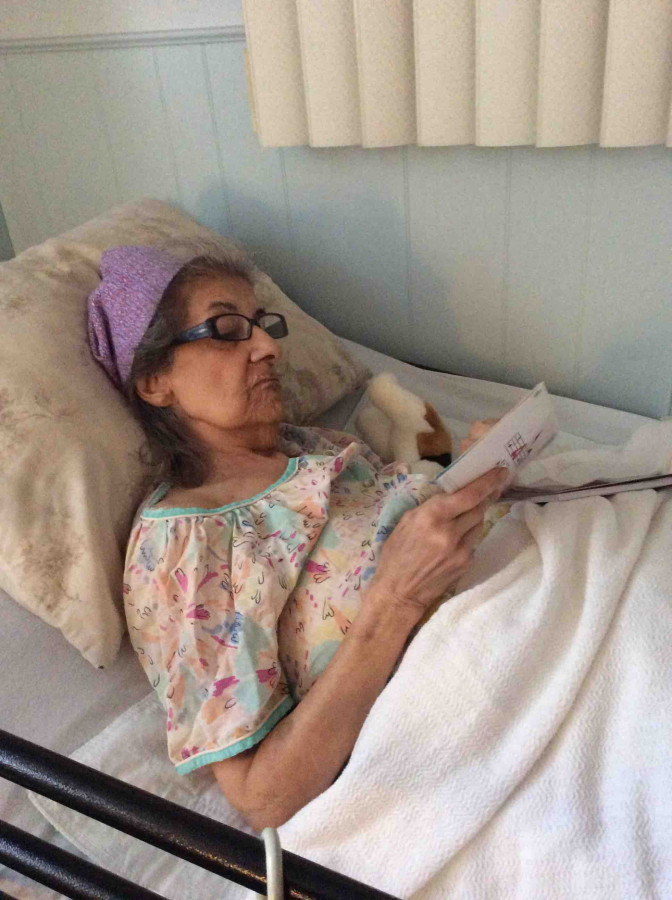 (Pic a few days after she returned home)

During the few months of daily hospital visits, I had to arrange hospice care for my Aunt Elsie. She eventually had to have her feeding tube removed because her body was not processing food. She passed 5 days after the tube was removed I saw her the day before her passing & Buddy didn't want to leave her side

I had one hospital stay in April of 2017, with the usual acute abdominal pain and fever -

Leigh is working to finish his doctorate in engineering...applying for jobs.. fixed up his parents house in Detroit-it was sold after being on the market briefly Thank goodness we got reimbursed for the $16,000 we spent on the house. I was starting to panic as it was eating through my savings & Leigh was no longer getting unemployment phew!